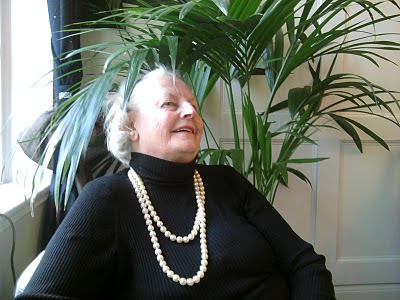 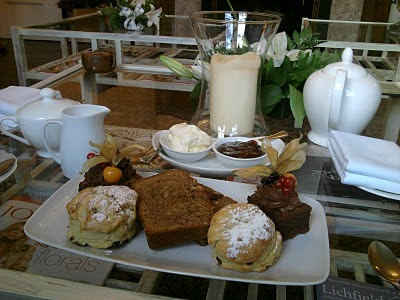 Look, oh look! Afternoon tea at Netherstowe House. I took my mate Pauline out for a birthday treat. I am not claiming that I have never in my life had an afternoon tea before. It was the Netherstowe House aspect which was wholly new. I kept calling it Netherfield by accident. ‘Netherfield Park is let at last!’ Maybe we should have worn our Empire line frocks, (which in my case I have not got, Empire line not being a good look if you are blessed in the balcony department) and kept a sharp look out for single young men in possession of a large fortune.
People have been recommending high tea at Netherstowe House to me for ages. It’s a posh hotel tucked away on the north side of Lichfield, looking like a manor house marooned in a housing estate. Pauline and I give them full marks for tea, particularly because you are supposed to book before 3pm, not simply breeze in at half three, mess up the cushions in the lounge and still expect to be served. In my defence, the sofa had seven cushions on it, three deep, and it was impossible to sit down without kicking some aside. I knew the karate would come in one day. Pauline, being a great lady, lounged nonchalantly at her end of the sofa, in a recumbent posture.
Having disordered the cushions to our satisfaction, we then chose to take our tea in another lounge with another sofa, or to be precise, a chaise longue. Not unlike the one Pauline has in her sitting room. We don’t have a chaise longue in the chancellery, but we do have a drop arm sofa. The arm isn’t supposed to drop, but someone large perched on it once.
The service was attentive without being intrusive. I’m sure if we’d asked for a machete to slash back the potted palms, they would have provided it. Pauline and I drank Earl Grey tea, and ate fruit scones (still warm from the oven), coffee and walnut cake, and those chocolate brownies in the pic, with a rococo mound of chocolate cream and fruit on top. Our verdict: To DIE for.
Posted by Catherine Fox at 09:35