A TRIP DOWN MEMORY LANE

My younger son wandered in to pester me the other day, while I was working.
'What are you doing?'
'I'm proofreading a novel I wrote before you were born.'

My son is 20.  Yes, it really is that long since I was working on Angels and Men. The novel is set in the early 80s and it reads like a period piece now.  All those students smoking in their bedrooms!  No student loans; very little binge drinking; no concept that one might simply 'get over' some people being gay.

The reason I've had to revisit the hallowed corridors of Jesus College and Coverdale Hall is because SPCK are reissuing Angels and Men this July.  Here's the new cover: 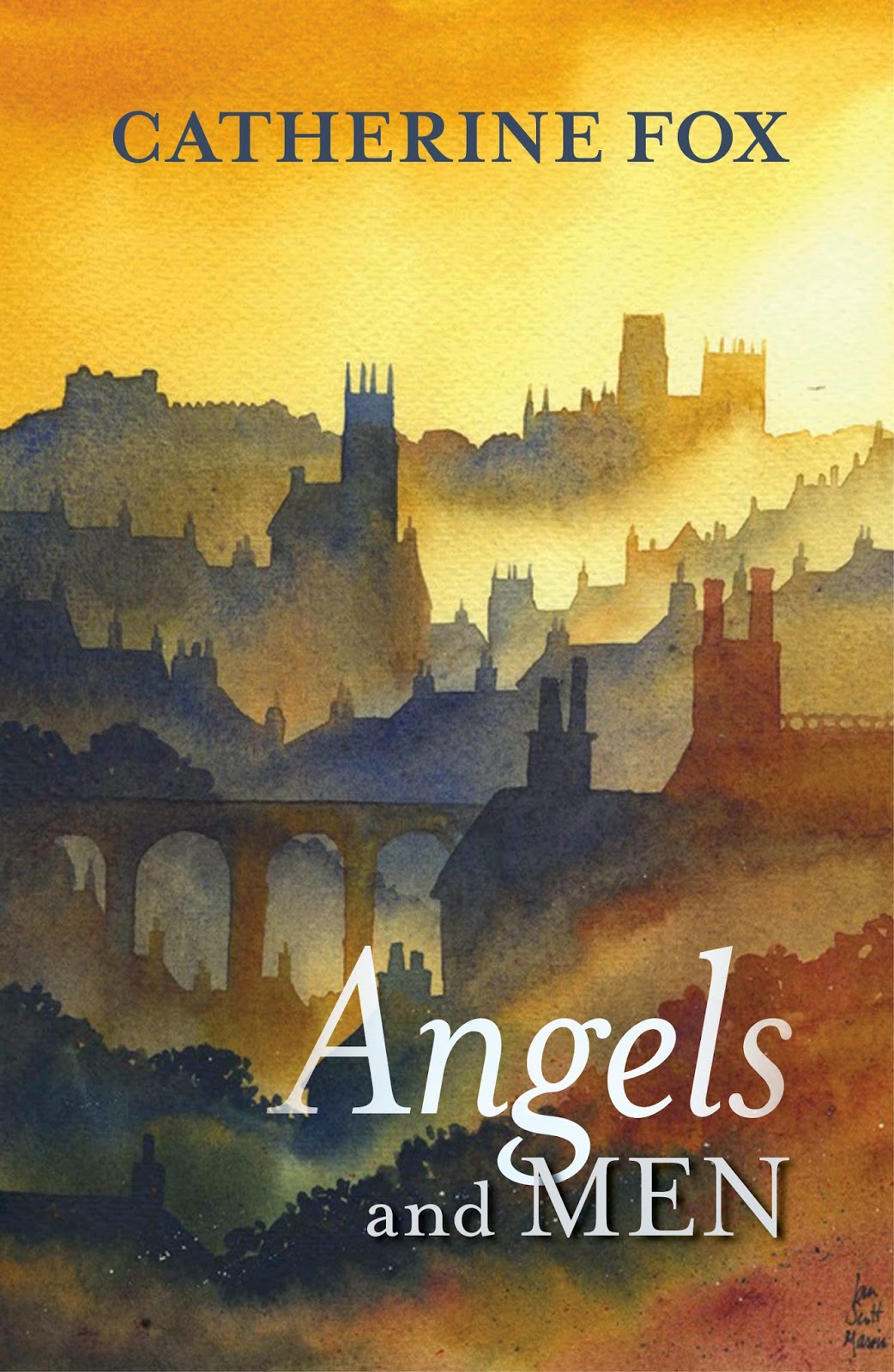 Isn't that wonderful?  It's a watercolour by Ian Scott Massie and I see that I am quite right to like it: "At last - someone in the North who can paint!" Brian Sewell    http://www.ianscottmassie.com/

The temptation, while proofreading, was to start editing as well.  I resisted, because it would seem churlish to tinker with the novel of what is, essentially, a different and much younger woman.  All I've done is correct a few minor errors that have always bugged me.  But if that younger me were now in my MA workshop, I'd have some advice to give, believe me.  This ought to be encouraging, though.  It suggests I'm now better at my craft than I was two decades back.

With hindsight, I'm now profoundly grateful that my editor suggested cuts to the original typescript.  She felt its length might be 'a little daunting to readers and reviewers'.  This was an example of exquisite tact.  I can see now that she was saving me from myself.  I reckon between 10% and 15% ended up on the cutting room floor.  Most first novels need to be taken firmly in hand.  Be prepared for this, if you are currently writing one yourself.  It's counter-intuitive to the sensitive soul, but the best way to improve your writing is to take stuff out, not put more stuff in.

On a happier note, I find that on re-reading Angels and Men, I still have a soft spot for my characters.  Although that Andrew Jacks is a right nob, isn't he?