Misery and Failure: The Writing Life 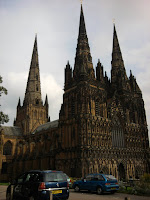 Well, I feel as though I’m a proper blogger now, having adhered to what I observe to be the correct etiquette, i.e. a flamboyant start, followed by abandoning the blog for months at a time. My excuse—for all bloggers must have one, even if it is only ‘I couldn’t be arsed’—is the evil Netgear. Netgear was blocking google on my computer, and although it was probably possible to navigate round Netgear on google France or some such, I couldn’t be arsed. Anyway, the Netgear problem is now solved.
If only everything in life were as simple as getting a new router. The real reason for my long silence is old fashioned misery. I promised at the outset that this blog would detail the agonies and ecstasies of the writing life. But when it comes down to is, misery is far too valuable a resource to squander on a mere blog. I need to cherish it, brood upon it, steep it in the stockpot of my writerly imagination, until it comes out TA DAH! as fiction. This can take some years.
Briefly, I completed a novel and sent it to my agent, who thought that while the manuscript had merits, these merits did not include ‘actually being a novel’. This appears to be my current working pattern. I identify a cracking good story, then circle round it until I finally hit upon a way of telling that story which is inherently impossible to pull off from a structural point of view. My agent informs me it has failed, I go off and sulk for a month, then I re-write the whole thing as a novel. I am currently on Chapter 2 of the re-write. Perhaps the first draft is a necessary tuning-up exercise? It sounds in tune now, but it’s early days. How would I know? I’m only a writer.
I have also been applying for creative writing lecturer posts at various universities. The pattern is this: I apply, then after months of silence I get a letter from the HR department saying I haven’t been successful this time (which I’d begun to suspect, deep down, as the interview date had come and gone weeks before), but that they hope this does not deter me from applying for other posts in the future. You know what, it kind of does. Not hard to email the unsuccessful candidates when you shortlist, I wouldn’t have thought. But maybe Netgear was blocking them.
I did get as far as an interview at one university. Part of the process was The Presentation Task. This involved a group of people pretending to be an MA class, and me pretending to be a lecturer. The Task was undertaken in a blacked-out drama studio, draped with funereal curtains and menacingly down-lit (in a 'we have ways of making you burst into tears' kind of way). One of my ‘MA’ students was slumped apparently suicidal across his desk. This prompted me to ask if the group was role playing, and whether someone was designated to be ‘the difficult one’. The class stared in surprise. No, they were all just being themselves, they assured me. Then you are plainly just weird, I thought, eyeing the suicidal one. It later emerged was a philosophy lecturer, a Wittgenstein specialist. Perhaps he’d strayed in by accident and was illustrating, via his body language, the importance of showing not telling. In this case, showing he would rather be on holiday than interviewing fluffy women creative writing candidates.
Still, as you can see from the photo, Lichfield is a nice place to be a miserable failure in. This is the view from my front door. My novel, incidentally, is set in a fictional cathedral Close. It is a bold escapist piece of writing.
Posted by Catherine Fox at 11:37